Fourth world producer of tea, Sri Lanka, nicknamed the Island of Tea, provides more than half of the black tea consumed in France. The best teas are found in the south and are divided between five large districts.
Discover all of our Sri Lankan teas 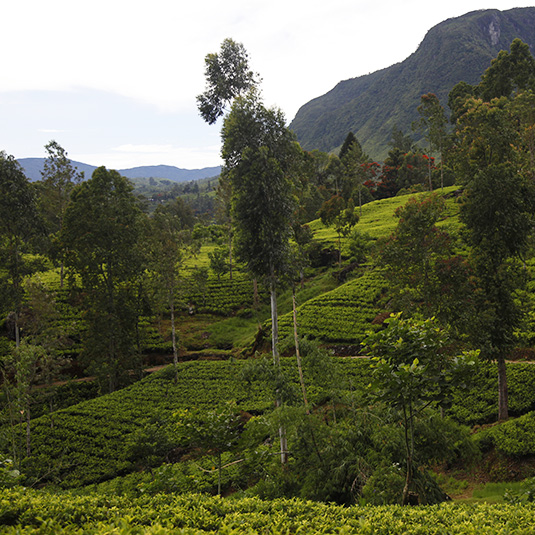 Sri Lankan tea comes from five large districts located in the southern part of the island and grow at altitudes from as low as sea level up to 2,200 meters. The teas are classified according to the altitude at which they are grown: low-grown below 600 meters, mid-grown between 600 and 1,200 meters and anything above high-grown. 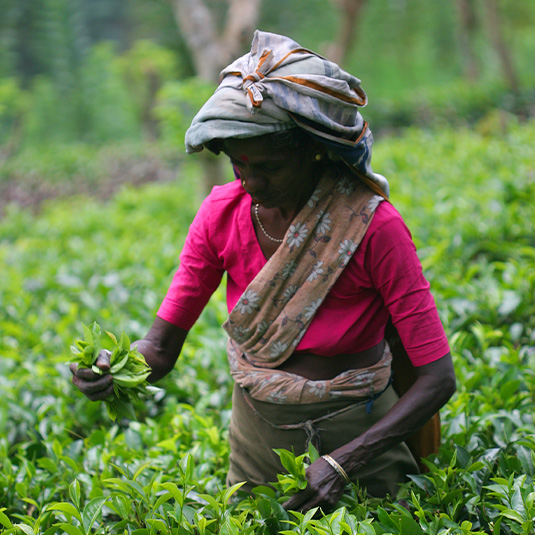 While one can find some green and white tea on the island, Sri Lanka produces mostly black tea including Orange Pekoe (Saint-James), a full-bodied tea rich in aromas. Produced at a low altitude, the New Vithanakande F.B.O.P.F.E.X.S is one of the best black teas in the country. It appeals to tea amateurs for its richness and aromatic intensity.
Our Selection
Discover all of our Sri Lankan teas
Log In
Log In Create my account