From the beginning, visiting tea estates regularly made Palais des Thés feel highly concerned with environmental issues. This naturally led us to start developing eco-friendly methods in 2008 in order to lower the impact of our activity on the environment.

Palais des Thés wants to communicate its passion for tea and introduce people to the gastronomic delights of tea, which have remained unknown in the West for too long. Every year, our experts travel in the tea plantations.

The fact that we travel so extensively, that we taste and buy on location has many advantages and allows us to find rare crops by looking outside the traditional supplier circuit, to taste and to share with you the harvests of small plantations, which are often hidden away.

Visiting tea estates regularly allows us to guarantee regular quality control of the teas we buy and to periodically check up on the plucking methods, the way they are worked, treated...

Since it was established, Palais des Thés has maintained a constant presence on the ground, forming lasting relations with growers built on trust and friendship.

Our good knowledge of the planters and their ways of managing the plantations allows us to require them to work in accordance with our buying practices: 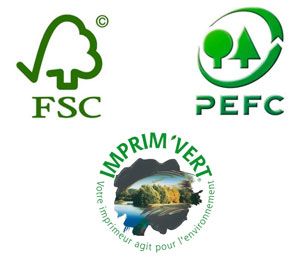 Prioritising of paper from sustainable sources

Wherever possible, for published documents we use European printers with certification:

Most of our Rare and Ephemeral Teas arrive by air freight for optimum freshness, usually a few days or weeks after being plucked.

To lower the impact of this means of transport on climate, we compensate our emissions of CO2 through the financing of sustainable development related projects such as solar cookers in Cambodia and production of green charcoal in China.

This policy is carried out with the help of Action Carbone, an environmental non profit organization of GoodPlanet, and is a first step in taking action to protect our planet from climate change. 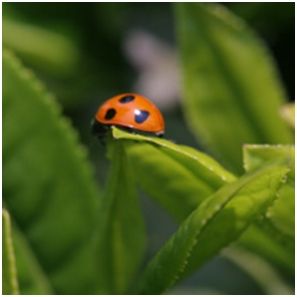 In tea-producing countries, the concept of organic farming is still not widespread, and does not receive the same level of support among consumers as in Europe. However, in the past 20 years we have seen an increasing number of teas produced using organic farming methods and certified by organisations that usually operate in the West.

Having become aware of the issues through their European customers, many planters are increasingly conscious of the benefits of using more environmentally-friendly methods. When they face the problem of declining soil quality after decades of monoculture, farmers can see that organic methods offer a realistic solution to restore soil fertility and avoid condemning their plantations to a slow but inexorable decline in terms of yield and quality.

Others see organic certification as official recognition of the farming methods they have always used.

For a plantation, organic certification is a major financial investment: because it requires greater manpower, organic farming pushes up production costs for yields that are generally lower. Many small plantations which, often due to a lack of resources, already use methods that are totally chemical-free, could not envisage certification.

Organic farming is inseparable from certification, which provides official recognition of environmental methods and guarantees for consumers a product grown to European, American, Swiss or Japanese organic standards. Inspection and certification is carried out by independent bodies, exclusively authorised by public authorities to issue organic labels. In France, this takes the form of the AB label, while in Europe it is “Ecocert”. In the United States, it is USDA Organic; in Japan, the Japanese Agricultural Standard (JAS). Some non-governmental certifying bodies such as the Swiss IMO have become recognised for the professionalism of their approach and their results.

Since it was founded, Palais des Thés has been able to prioritise environmental issues through its constant presence in the field. Our team encourage the use of organic practices on tea plantations, and take action by raising awareness among farmers and planters, checking whether the methods they use are clean, and favouring certified teas (as long as they fulfil our quality criteria).

Palais des Thés is happy to show customers the organic certificates for these teas.

For all of our “conventional” teas, Palais des Thés implemented the SafeTea™ programme, which is intended to ensure that all our teas are "clean" when it comes to pesticides.